Give the Gift of Independence this Holiday Season: Support VisionCorps

Jeff recently spent three weeks meeting and working together with his new dog guide, Yoshi at Leader Guide Dogs for the Blind in Michigan.

“I was really excited to meet my new dog,” says Jeff. “Leader Dogs asks a lot of questions in advance to match you up with a dog that’s right for you.” In advance, Jeff prepared and submitted a video and explained how he was ready to begin working with a dog guide.

Jeff told the trainers he wanted a dog that could keep up with him when he goes outside. He likes to walk by himself, go hiking, and kayaking.

“I originally wanted to get a German Shephard dog, but I got a black lab named Yoshi,” says Jeff. “I may not have gotten what I wanted but I did get what I needed.

“I didn’t know what to expect – I thought the dog would do what it wants to do and wasn’t going to listen to me,” says Jeff. “I don’t know anything about this training. I was pleasantly surprised, they really matched me up with the right dog.”

Jeff was paired with Yoshi the first week and within two or three days, “he was bonding with me.”

“I was matched up well with a dog. He seems to know me very well,” says Jeff.

Yoshi knows, says Jeff, that when his collar and harness are on, “it’s time to work. He doesn’t get distracted, he basically works. If he sees someone, he might acknowledge the person but he keeps on working. When he’s done training, we take the harness off.

“The other day we walked together for 35 minutes,” he says. “This dog will go camping, on trails, walk around the block with me about three times each day and that’s a mile each time.”

Jeff says he put in a lot of hours training and working with the dog in different environments during his time at Leader Dogs. While he enjoyed it, there were “lots of times when I just wanted to go home.”

Back home, Jeff is looking forward to introducing Yoshi to his wife, Tammie, and getting Yoshi used to his new home and working his workplace — at VisionCorps.

“My dog is a lot like me – Yoshi is very active and he does all the things I want to do!” 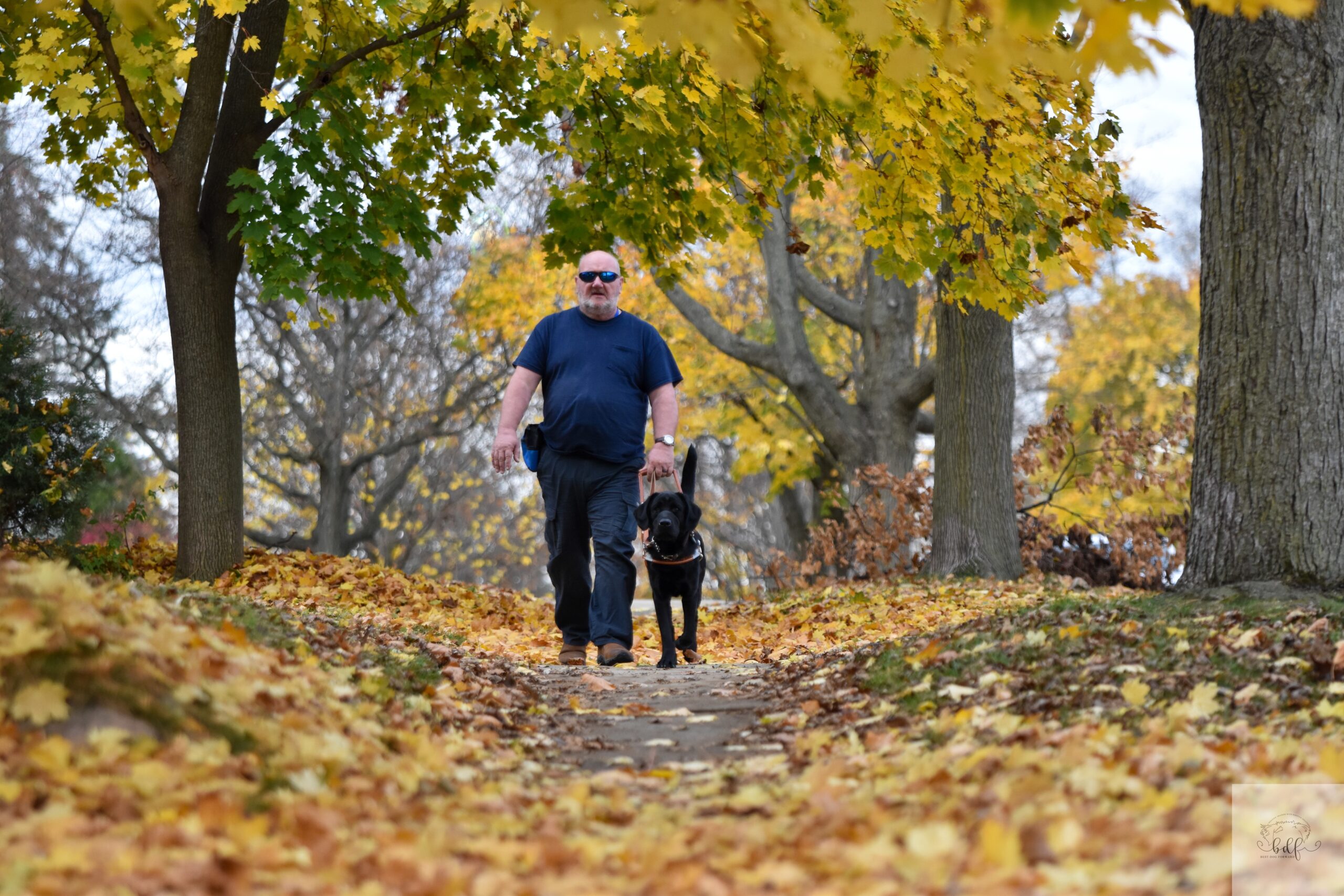 Jeff walking with Yoshi on a fall day with colorful leaves on the ground. 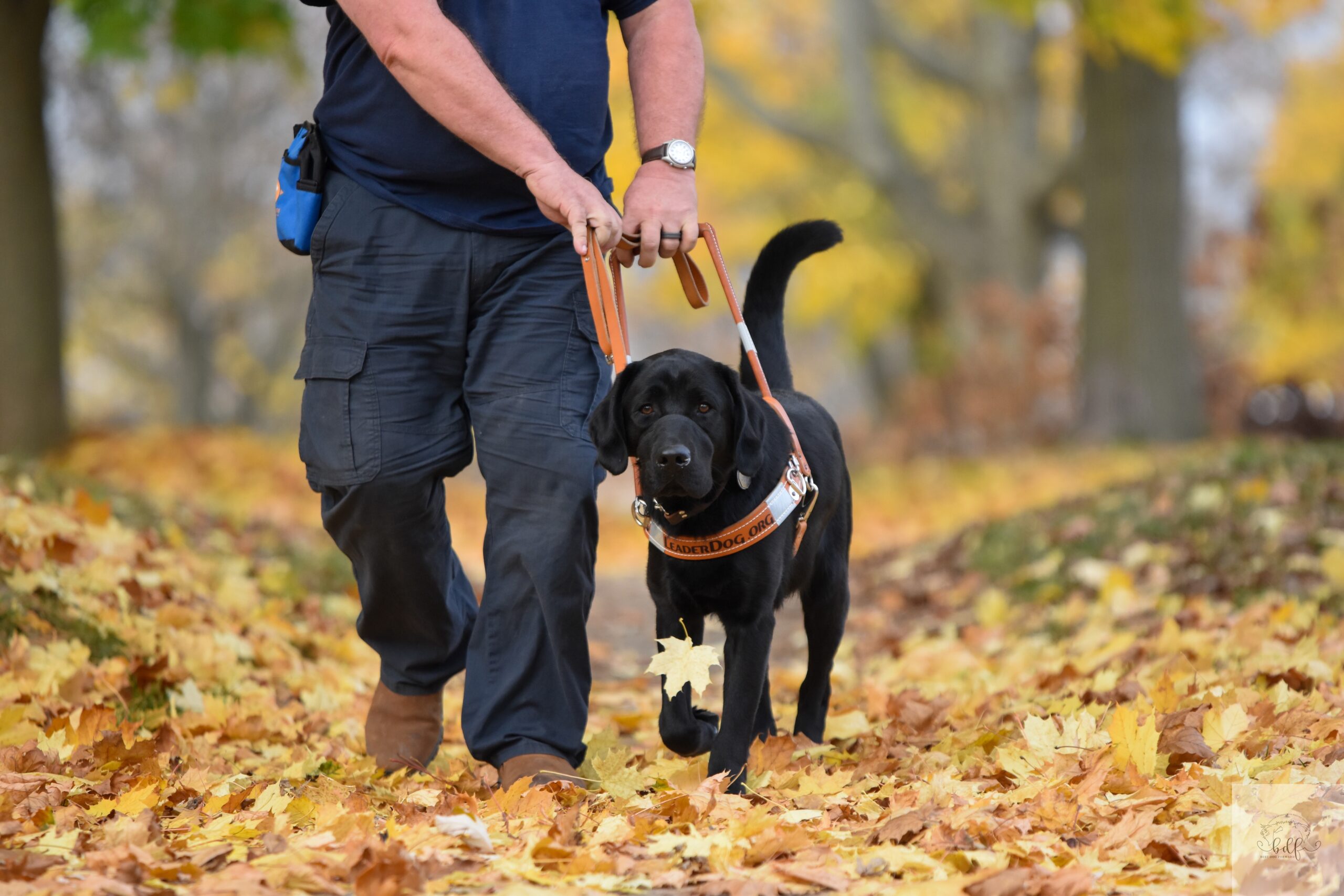 Jeff holding on to the harness of Yoshi while they walk on a leave-covered path.

A White Cane Stands for Independence

Watch our employees and clients recite and act out a poem about using a white cane.

I volunteer because … I think I can make a difference

Reed Auker, man on right with baseball cap and dark blue coat opens the van door for Katarina Eller, woman on left. She is wearing dark sunglasses, a baseball cap, and long black coat, and using a white cane.